Civil Investigative Demand: What You Need to Know

What’s a civil investigative demand? Is it bad, is it good? What purpose does it serve? In this article, we’ll be answering these questions and many more.

As a quick summary, a civil investigative demand (a CID) is a request for information sent to an individual about a business under investigation. This request can ask for a range of things from emails to social media posts.

With a CID, most people also get a CID Defense Lawyer. In its name, it’s a CID defense attorney. They’ll help you with the information as well as many other things! CIDs are challengeable, but it’s under very limited circumstances, so unless the CID is under said circumstances, it’s unlikely that it will end well. It can even go so far as to have someone charged with contempt.

What is a Civil Investigative Demand?

We’ve briefly gone over what a CID is, but you probably want to know in further detail because CID’s aren’t something to take without seriousness. CID’s are requests for information about a business or organization whose actions have been deemed unfair or deceptive. They are issued by the government so that information can be gained on a business or a healthcare provider under investigation.

These requests can ask for emails, records, text messages, paper files, etc. They’re also able to request written reports or answers to questions. When federal agencies are investigating a business or organization, they’re able to issue a CID. It s possible to challenge a CID, but it’s only under very limited conditions that it would go well.

Why Are CID’s Bad?

It’s often that one would consider a CID “bad”, “negative”, or many other words with similar meanings. This comes from the stress that it puts on the recipient of the CID about the deadlines and getting a letter directly addressed to them from the government.

It’s very easy for your mind to skip to a terrible conclusion when receiving a letter from the government – even if you’ve done nothing wrong. CID’s can also burden a company or person financially due to the time they take and the money required to hire an attorney, as well as other factors.

Oftentimes, the recipient will need a CID defense lawyer. This is otherwise known as an FTC defense lawyer, or a CID lawyer. These lawyers help the recipient organize and produce the information, stop and processes that may damage or destroy the requested info – as it is illegal -, and determine the importance and the time needed for the CID.

There are many good CID defense lawyers, but depending on your case, you might want to go with someone more convenient or someone more thorough, but if you can get both, it may be ideal.

Can You Challenge a CID?

Yes is the short answer. You can challenge a CID. But there are many limitations that will likely shut down your attempt. Four, to be specific.

You can challenge a CID if it is under one of the restrictions below:

Even if someone does challenge a CID, it’s very unlikely that they won’t need to comply with the CID. The court will most likely change the information requested or give more time to the recipient. The majority of the time, CID compliance is crucial. Refusing to comply can have the government to file a petition in Federal District Court seeking judicial enforcement of the request.

Once the CID has been submitted and the requests have been granted by the recipient, there will be a short wait as FTC staff review the submitted information. After reviewing the information, they will decide to charge the business with violations of federal law, in which case they will likely reach out to negotiate a settlement, but sometimes they just file a lawsuit against said business; or continue the investigation.

If the info is deemed sufficient, the investigation will be called off and the company will be free to go. The staff will determine how the information is used with multiple factors, such as scope and the nature of the investigation.

If you want a quick overview of how a CID works, then you’re in the right place. Here, I’ll explain it in less detail for those who don’t want to read a whole article.

CID’s are requests sent by the FTC to gain info on a business or organization being investigated. These letters have a deadline and requests for certain types of information such as social media posts, files, documents, text messages, etc.

A CID defense lawyer is an attorney specializing in FTC laws, or CID laws to be more specific. They can help you produce and organize the information needed/requested by the CID, as well as help you stop any procedures that may further damage the necessary info. They are capable of figuring out the scope and nature of the CID and can help you to optimize the time that you have to prepare. CID defense lawyers are very important to make sure that everything goes well, so be sure to find the right one for you!
While it is possible to challenge a CID, it isn’t easy. In fact, it’s quite hard. This is because there are very few reasons that one can challenge a CID and actually get something out of it. There are strict limitations in place, and most times you will still need to comply with the CID. It will only make it easier to comply with. 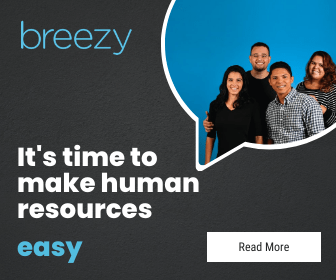 Property Law: Helpful Advice And Tips You Need To Know

Real estate law is a broader field of study that covers both residential and commercial real estate laws. It deals with all legal matters...
Read more
Hiring

Is There Ever Relief After A Traumatic Workplace Injury

Our workplace is like a second home to us as working is an indispensable and compulsory part of our lives. Plus, that...
Read more
Law Corner

Car accidents are traumatizing in all aspects, and it is your right to seek justice and ask for compensation. And once you...
Read more
Human Resources

How to Recognize and Prevent Workplace Harassment

It’s easy to feel like workplace harassment has become a thing of the past, thanks to the progressive movements and regulations that...
Read more
Human Resources

Australia with its well-developed workplace relations system has placed significant focus on ensuring minimum payment levels for industries which in turn has...
Read more